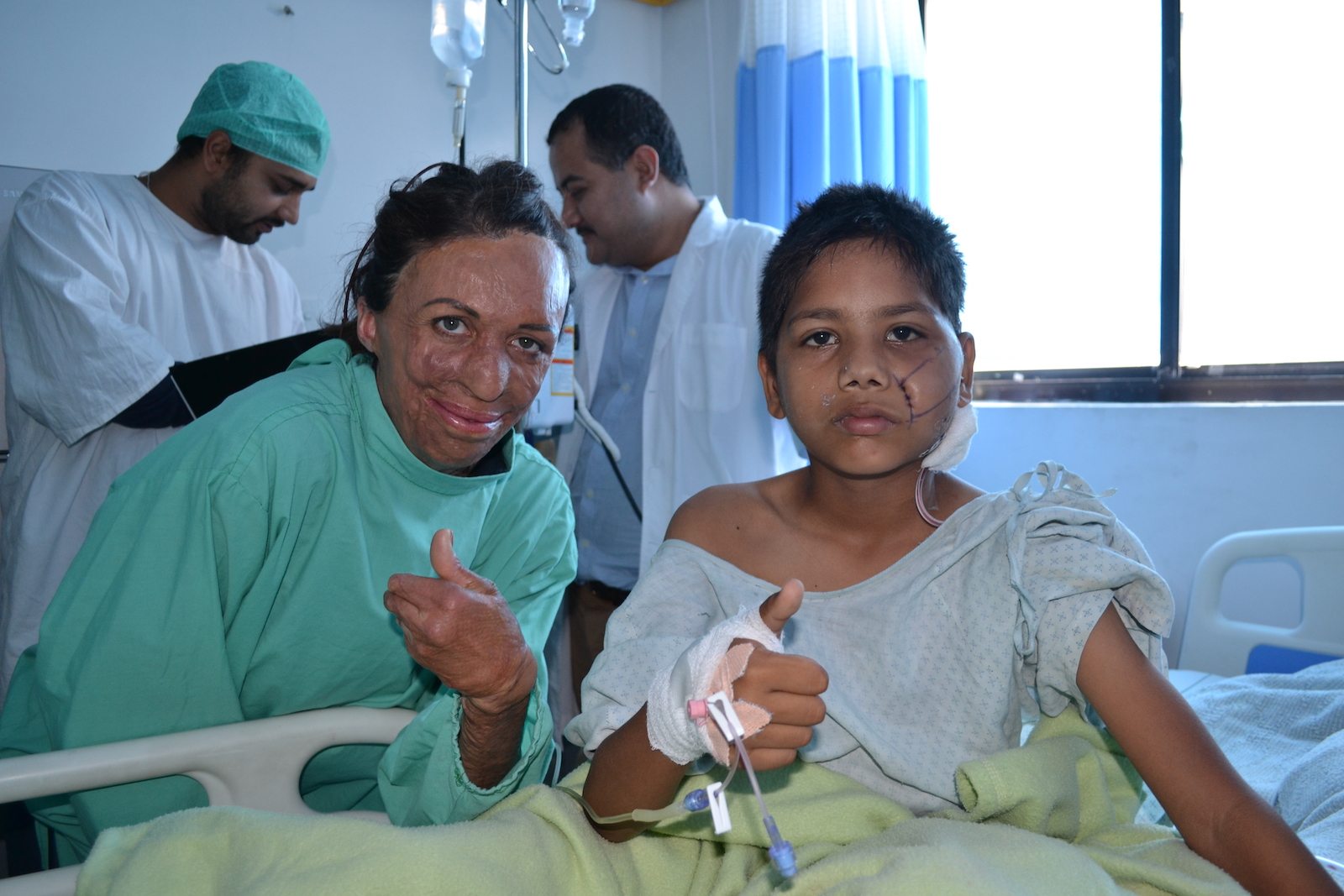 The boy I can’t stop thinking about

It’s been a few weeks since my last update – and far out, it’s been a big few weeks!

In early May, I flew to Kathmandu, Nepal, where I spent a week with the Interplast team at Kirtipur Hospital, witnessing the incredible work they do performing free reconstructive surgery for patients and training the medical teams on ground.

I know you guys have heard me speak about Interplast many times before, but there’s just something about being there in person, meeting the people whose lives are being so profoundly changed and impacted by Interplast’s work.

It’s incredibly powerful, and gives me such enormous perspective on my life here in Australia – how lucky we are to have access to such high quality medical care.

Of all the patients I met in Nepal, one of them has really stuck with me. His name was Radj – a nine year old boy who couldn’t smile and had trouble eating and closing his eye properly due to nerve damage that affected one side of his face.

Interplast surgeons were able to operate successfully, and in a few months, Radj will be able to smile properly for the first time in his life.

I was so affected by Radj. I think because of this fighting, proud spirit he had.

With the help of translation by local nurses, his Mum told us that although he was teased by other kids because of his condition, he stood up for himself and refused to let it affect him. He was also top of his class. I love that kind of grit and determination so much.

When I saw him again the day after his surgery, he gave me a huge thumbs up and the happiness in the room was palpable.

My team of Everest Base Camp trekkers also got to meet Radj when they toured the hospital as well. I’m so bloody proud of this team! They got back from their trek on Sunday to the news that they’d raised over $240,000 for Interplast! What an effort!

I’m also stoked to announce that all 28 of them made it to Base Camp – such a phenomenal achievement, and while I’m devastated I couldn’t join them on the mountain, I’m unbelievably proud of each and every one of them.

I want to give a HUGE shout out to the legends at Mountain Designs for supporting me and the team as the Platinum Sponsor of the trek. Mountain Designs has been supporting Interplast through these treks from the get go, and I’m so proud to work with a company that views giving back as an integral part of their brand.

Thanks also to the team at Super Nature Foods for their incredibly generous $5,000 donation to the campaign. It is so appreciated.

For me, giving back is one of the most important keys to living a happy life. I was speaking to a bunch of cool kids at Moss Vale High this week, and what I told them was this:

However you can, find a way to give back. Help a neighbour, support a cause you care about, volunteer in your community.

Giving back shifts your perspective and triggers the kind of gratitude that will dramatically change your world – Tweet it.

I’d love to ask something of you – how can you give back this week?

Is there a friend or family member you can help, some volunteering you can do, a donation you can make to a friend’s charity campaign?

Even the smallest act of charity can have an enormous ripple effect – impacting more people than you might even realise.

T xx
PS Know someone who might like to read my updates? Let them know they can join my newsletter gang for free here.

What’s your inner critic been saying to you lately?